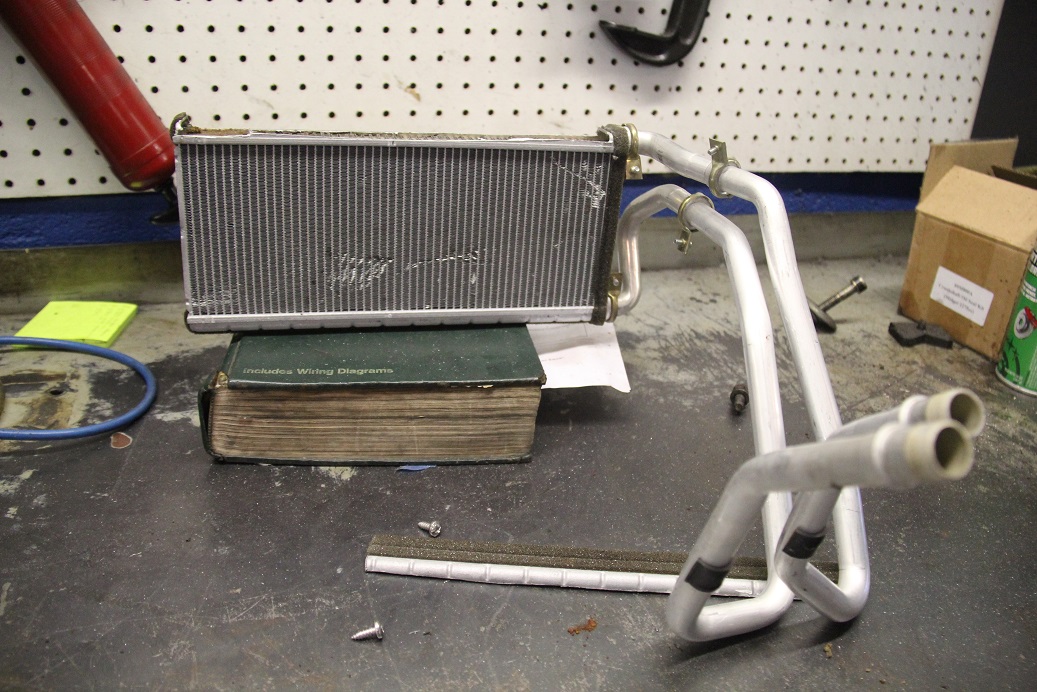 This is the time of year when we depend on heat in our cars.  For most of us, the heat delivers on its design promise.  For a few unfortunates, though, it doesn’t.  The mechanic checks the coolant level, and makes sure the thermostat is working as it should.  If the engine is up to temperature the next place to look is the heater control circuitry.  When all else fails we are left with the possibility that the heater core itself has failed. 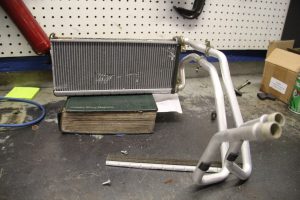 Heater core replacement is the automotive equivalent of a root canal.  It’s ugly, painful, and costly but sometimes it has to be done.

Heater cores are like small radiators that shed some of the engine’s heat into the passenger compartment.  There are two ways a heater core can fail – by leaking or by clogging.  Leaks are obvious because you’ve got coolant all over the floor.  Clogged cores are more subtle.

Take a look at this core from a 2006 Land Rover LR3.  There’s nothing obviously wrong from outside, but when we cut the core open we saw a different story.  The whole far side of the core is clogged.  Only the left side of the core remains open. 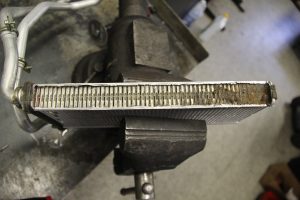 You might think that would cause weak heat, but it actually created a different problem. This Land Rover – like many other late model cars – has separate temperature controls for the driver and passenger.  The air that blows through the core is sent to the left and right sides respectively, so with one side clogged we had normal heat on the passenger side, and virtually no heat for the driver. 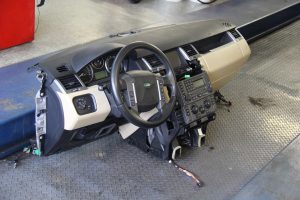 This seemed like a control problem but it wasn’t.  When heater cores clog the repair is often a big deal.  In this Land Rover the whole dash had to come out for repair, as you see.  Jobs like these are no place to cut corners looking for a low bid – this is detailed work.  Every fastener left loose, and every broken bracket is a potential rattle.  There are a hundred electrical connections, and any that come loose are problems for tomorrow.  This is work for someone who knows Rovers and specializes in large interior repairs. 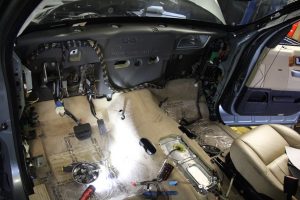 Here at Henry’s Foreign Auto, we pride ourselves in being Land Rover experts. Our shop has specialized in these vehicles since the early 90’s and continue to keep up to date with the latest diagnostic technology for these vehicles and repairs. 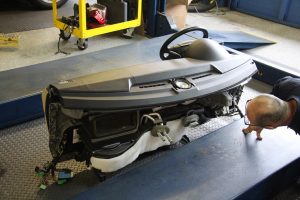