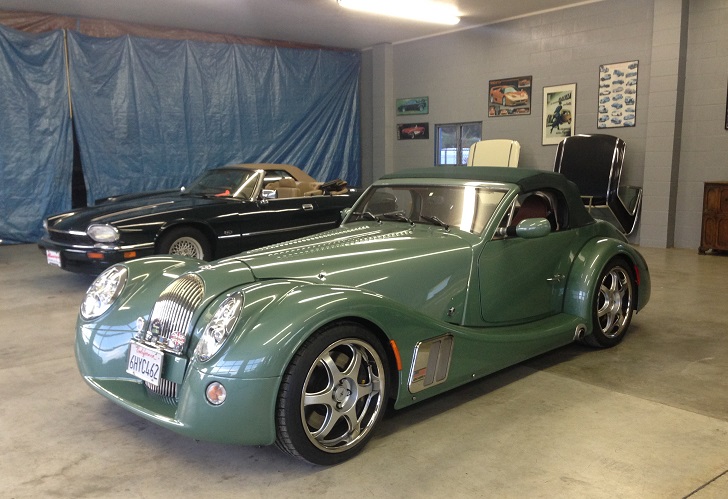 Somethings just make me smile. One of which are rare and beautiful cars like this one, a 2007 Morgan Aero 8. This car is definitely a truly unique experience: lots of V-8 Power (BMW 4.4 Engine) in a lightweight chassis. As with the other Morgans, this one live up to the classic British sports car definition: a two-seat, preferably open, that can, in a pinch, be raced. The Aero 8 has competed at the 24 Hours of Le Mans twice, in 2002 and 2004. There have also been several entries in the FIA GT series from both works cars and privateers. It is also used in the British GT Series. It is currently racing in the FIA GT3 European championship and has proven competitive. The Aero 8 GT3 car is built by AUTO GT. The Aero 8 was also used in the 2003 Bathurst 24 Hour scoring a DNF with a rare BMW engine failure and the 2004 12 Hours of Sebring finishing 20th outright and 10th in the GT class.